Active appearance models provide a way to find a set of related points on an image. AAMs are based on 2 main concepts: shape and appearance.

Shape consists of a fixed number of points (so-called landmarks) that describe configuration of some object on an image. For example, here's a shape describing some human's face: Appearance is made of all pixels on the image inside the shape. E.g. appearance, corresponding to the shape above looks like this: 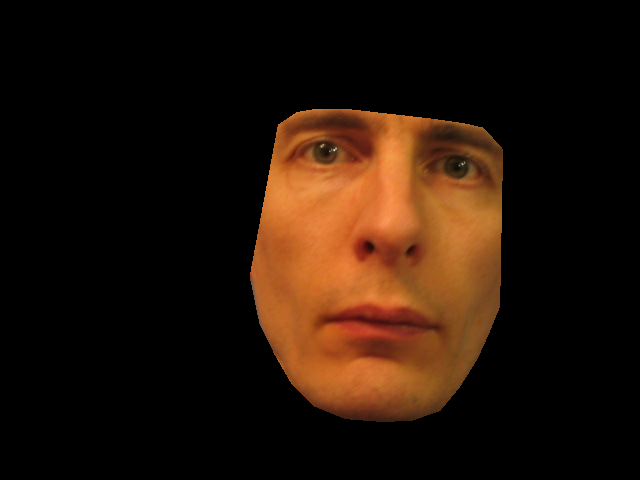 Active appearance models are first trained on a bunch of (image, shape) pairs and then, given a new image and initial guess for a shape, are fitted to this image to find exact location of landmarks. Let's take a concrete example.

First, we need some data to train a model on. FaceDatasets package contains a simple dataset from original research by Tim Cootes et al. that fits our needs:

We will use simple leave-one-one cross-validation to see how training and testing works: 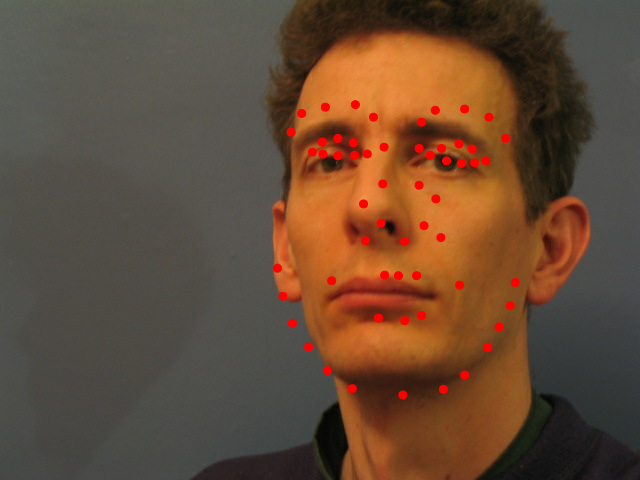 Fitting itself is straightforward:

fitted_shape is what AAM believes is true position of landmarks, and fitted_app is corresponding appearance. Here's they are: 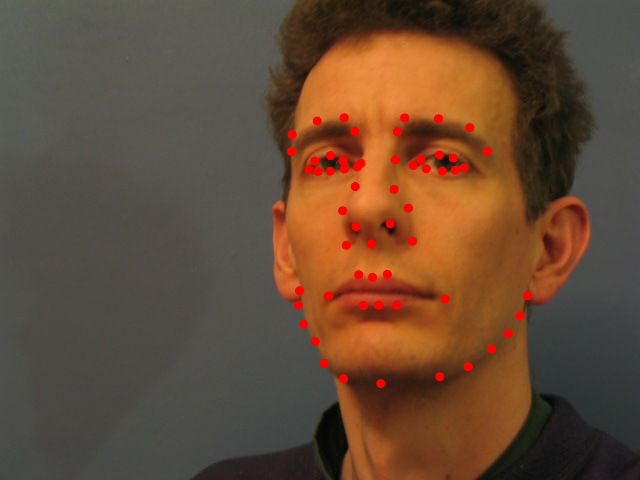 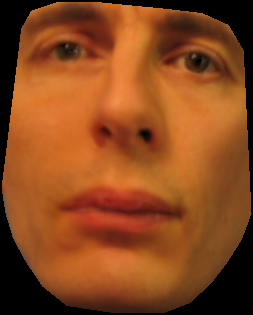 Active appearance models use a variant of Lucas-Kanade algorithm and thus expect relatively small difference between initial and target shape. If difference is too large, fitting process will diverge (most often ending with BoundsError). This is easy to overcome, though, by repeating fitting with several variants of init shape.