OctreeBH is an implementation of octree for solving N-body problems using the Barnes–Hut approximation. Namely, tree nodes carry information that can be summed or compared in an efficient way. The package provides two main functionalities: (1) finding particles within a given radius (neighbor search) and (2) calculating gravitational acceleration in an N-body system. Neighbor search can be done in either the "gather" or "scatter" approach, which is particularly useful in smoothed-particle hydrodynamics. Gravitational acceleration adopts the monopole approximation, i.e., distant particles are clustered together and treated as a point mass located at their center of mass. Boundary conditions can be open, periodic, or mixed (e.g. periodic in x & y while open in z). Spatial dimension (N) can be any arbitrary positive integer.

Finding particles within a searching radius hsml0 centered at x:

The example code visualization.jl visualizes the (quad)tree structure for a given particle configuration in 2D. It also illustrates the difference between the gather neighbors (lower left) and scatter neighbors (upper right), which are identical in this particular case as the smoothing length (search radius) is constant. 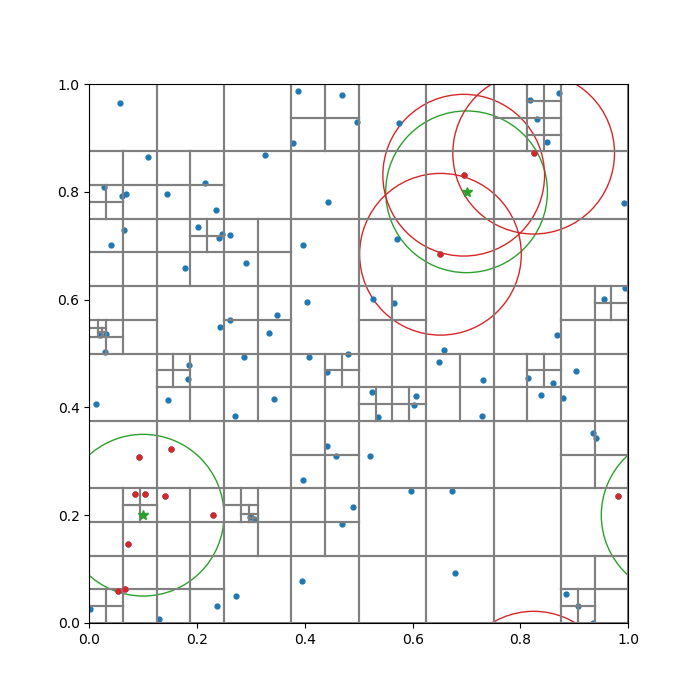