When dealing with categorical data, things like autocorrelation function are not defined. This is what this module is for : computing categorical serial dependences.

The module mostly implements the methods described in C. Weiss's book "An Introduction to Discrete-Valued Time Series" (2018) [1], with some extras. It contains three main functions :

All the module's functions require a 'lag's input : 'lags' can be an Int, or an Array{Int,1} if you want to do a serial dependence plot. The function then returns a Float64 or an Array{Float64,1} depending on 'lags' being an Int or Array{Int,1}.

Using the pewee birdsong data (1943) one can do a serial dependence plot using Cohen's cofficient as follow : 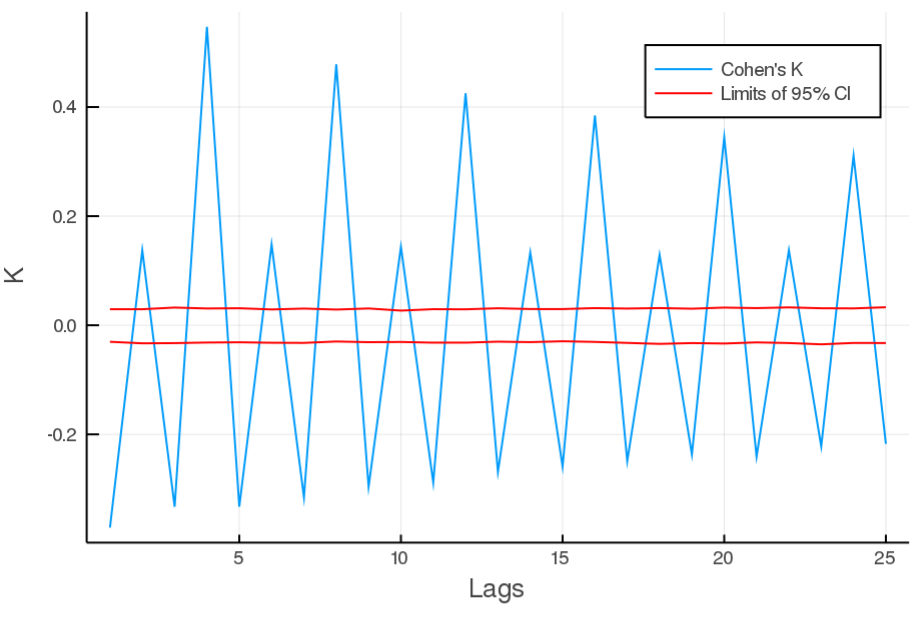