A fast and friendly incompressible fluid flow solver in Julia that can be run in 1-3 dimensions on CPUs and GPUs. http://bit.ly/Oceananigans

Oceananigans.jl is a fast and friendly incompressible fluid flow solver written in Julia that can be run in 1-3 dimensions on CPUs and GPUs. It is designed to solve the rotating Boussinesq equations used in non-hydrostatic ocean modeling but can be used to solve for any incompressible flow.

Our goal is to develop a friendly and intuitive package allowing users to focus on the science. Thanks to high-level, zero-cost abstractions that the Julia programming language makes possible, the model can have the same look and feel no matter the dimension or grid of the underlying simulation, and the same code is shared between the CPU and GPU.

At this time, updating should be done with care, as Oceananigans is under rapid development and breaking changes to the user API occur often. But if anything does happen, please open an issue!

Let's initialize a 3D horizontally periodic model with 100×100×50 grid points on a 2×2×1 km domain and simulate it for 1 hour using a constant time step of 60 seconds.

You just simulated what might have been a 3D patch of ocean, it's that easy! It was a still lifeless ocean so nothing interesting happened but now you can add interesting dynamics and visualize the output.

Let's add something to make the dynamics a bit more interesting. We can add a hot bubble in the middle of the domain and watch it rise to the surface. This example also shows how to set an initial condition.

GPU model output can be plotted on-the-fly and animated using Makie.jl! This NextJournal notebook has an example. Thanks @SimonDanisch! Some Makie.jl isosurfaces from a rising spherical thermal bubble (the GPU example):

You can see some movies from GPU simulations below along with CPU and GPU performance benchmarks.

If you are interested in using Oceananigans.jl or are trying to figure out how to use it, please feel free to ask us questions and get in touch! Check out the examples and open an issue if you have any questions, comments, suggestions, etc.

If you're interested in contributing to the development of Oceananigans we want your help no matter how big or small a contribution you make! It's always great to have new people look at the code with fresh eyes: you will see errors that other developers have missed.

Let us know by opening an issue if you'd like to work on a new feature or if you're new to open-source and want to find a cool little project or issue to work on that fits your interests! We're more than happy to help along the way.

For more information, check out our contributor's guide. 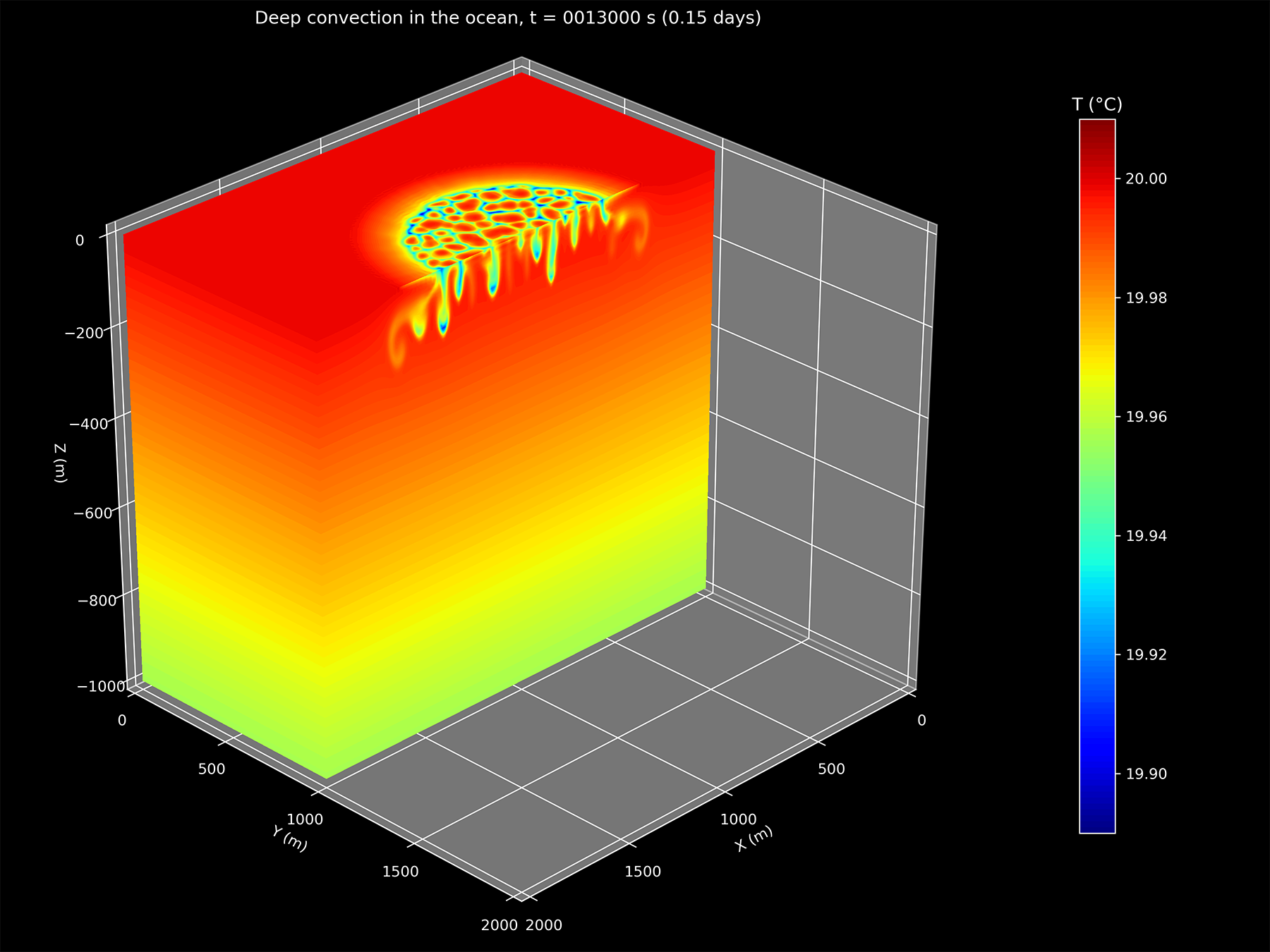 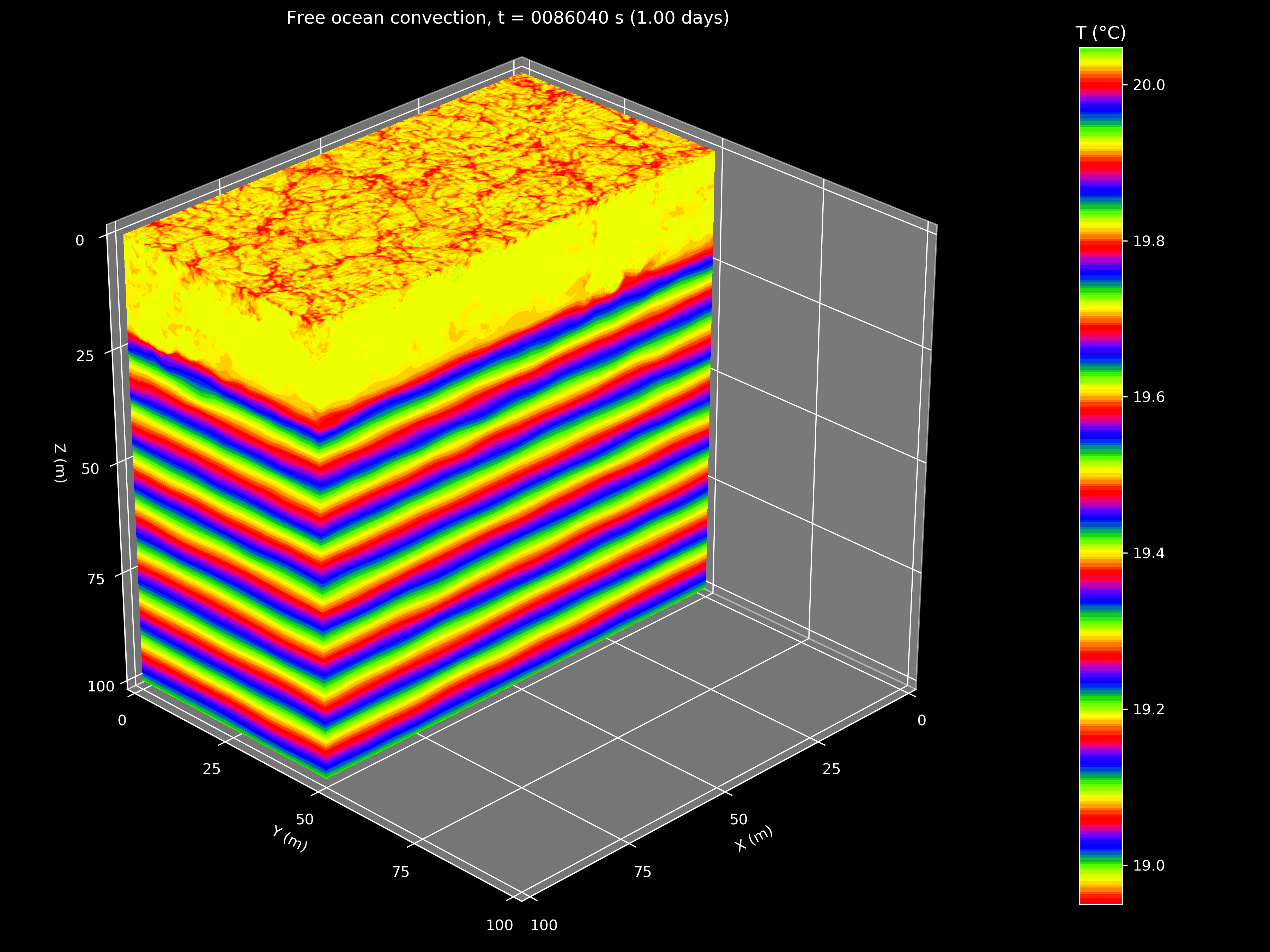 Winds blowing over the ocean 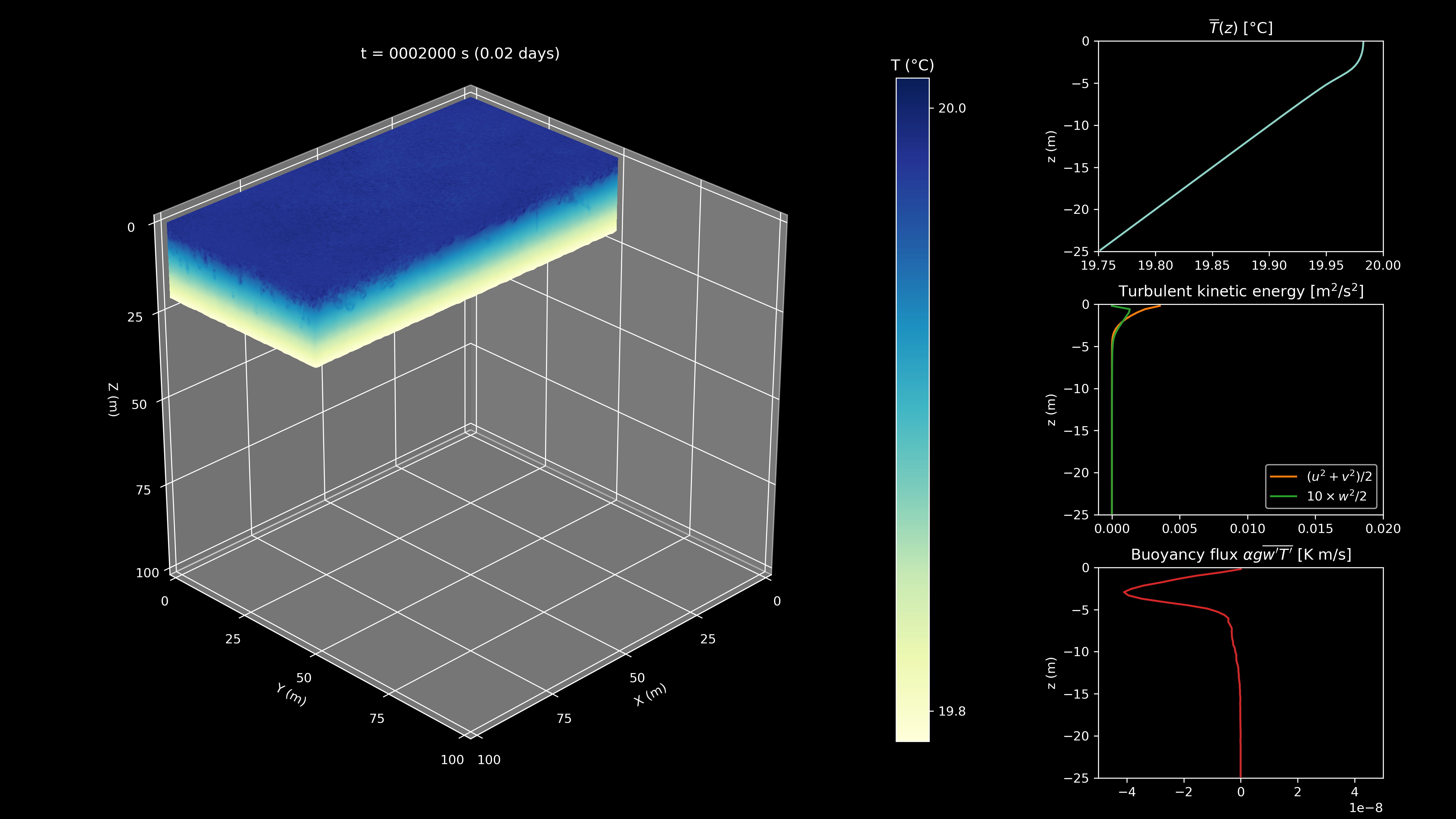 We've performed some preliminary performance benchmarks (see the benchmarks.jl file) by initializing models of various sizes and measuring the wall clock time taken per model iteration (or time step). The CPU used was a single core of an Intel Xeon CPU E5-2680 v4 @ 2.40GHz while the GPU used was an Nvidia Tesla V100-SXM2-16GB. This isn't really a fair comparison as we haven't parallelized across all the CPU's cores so we will revisit these benchmarks once Oceananigans.jl can run on multiple CPUs and GPUs.