3D rotations made easy in Julia

While the RotMatrix type is a dense representation of a 3×3 matrix, we also have sparse (or computed, rather) representations such as quaternions, angle-axis parameterizations, and Euler angles.

For composing rotations about the origin with other transformations, see the CoordinateTransformations.jl package.

The following operations are supported by all of the implemented rotation parameterizations.

Any two rotations of the same type can be composed with simple multiplication:

Any rotation can operate on a 3D vector (represented as a SVector{3}), again through simple multiplication:

which also supports multiplication by the opposite rotation

All rotation types support one(R) to construct the identity rotation for the desired parameterization. A random rotation, uniformly sampled over the space of rotations, can be sampled using rand(R). For example:

The Rotation Error state and Linearization

It is often convenient to consider perturbations or errors about a particular 3D rotation, such as applications in state estimation or optimization-based control. Intuitively, we expect these errors to live in three-dimensional space. For globally non-singular parameterizations such as unit quaternions, we need a way to map between the four parameters of the quaternion to this three-dimensional plane tangent to the four-dimensional hypersphere on which quaternions live.

There are several of these maps provided by Rotations.jl:

Rotations.jl provides the RotationError type for representing rotation errors, that act just like a SVector{3} but carry the nonlinear map used to compute the error, which can also be used to convert the error back to a UnitQuaternion (and, by extention, any other 3D rotation parameterization). The following methods are useful for computing RotationErrors and adding them back to the nominal rotation:

For a practical application of these ideas, see the quatenrion-multiplicative Extended Kalman Filter (MEKF). This article provides a good description.

When taking derivatives with respect to quaternions we need to account both for these mappings and the fact that local perturbations to a rotation act through composition instead of addition, as they do in vector space (e.g. q * dq vs x + dx). The following methods are useful for computing these Jacobians for UnitQuaternion, RodriguesParam or MRP

All parameterizations can be converted to and from (mutable or immutable) 3×3 matrices, e.g.

They're faster (Julia's Array and BLAS aren't great for 3x3 matrices) and don't need preallocating or garbage collection. For example, see this benchmark case where we get a 20× speedup: 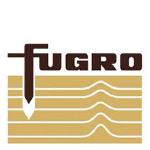